Would Einstein Go To A Chiropractor? 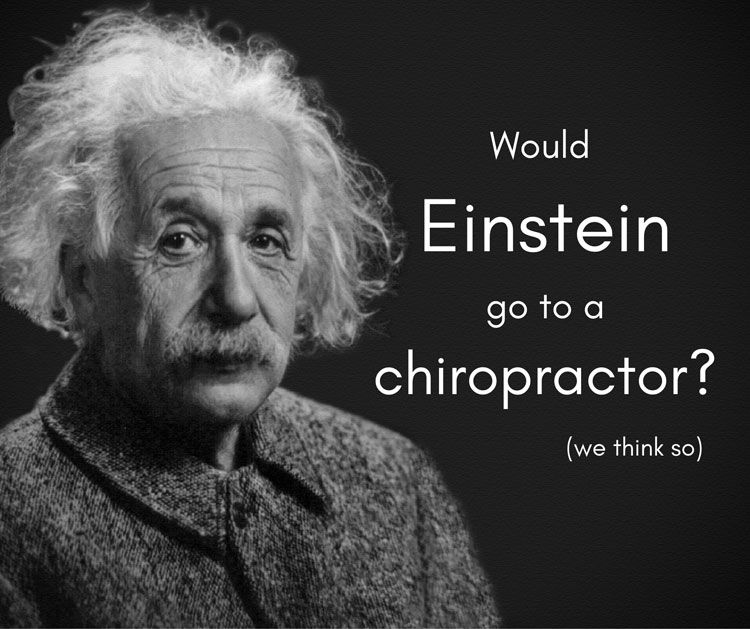 Did you know that when Albert Einstein died, they studied his brain? They figured they would find he had more grey matter than the average person accounting for his higher-than-average intelligence. What they found was interesting—that his brain mass was average! On the other hand, what they did find that was unusual, was that he had many more synapses or ‘connections’ of neurons indicating greater neural adaptation or synaptogenesis. This meant Einstein had learned more than the average person. So, I wonder if Einstein were alive today, and he had learned all that is available from research and practice for the evaluation and treatment for back and neck pain, would he go to a chiropractor? Or would he just take medications, injections or have spine surgery?

To answer this question let us look at some current data regarding back and neck pain and the common treatments patients receive:

Worldwide, back pain is the single leading cause of disability. Back pain accounts for more than 264 million lost workdays in one year. Experts estimate that up to 80% of the population will experience back pain at some point in their lives. Back pain is the third most common reason for a visit to a doctor’s office. Recent studies published in the Journal of the American Medical Association (JAMA) have advocated for the implementation of chiropractic care. Published in the Annals of Internal Medicine, spinal manipulation should be a remedy utilized for back pain before medications or other more invasive procedures. Currently, spine surgery is so high-risk collectively, that it has an approximate 40- 50% failure rate, and a new diagnostic code has been created called “Failed Back Surgery Syndrome”.  At the time of writing this article, millions of Americans will undergo epidural or transforaminal injections with corticosteroids to relieve their pain. The FDA has not approved this procedure and in fact strongly advises against it as it has been shown ineffective and poses risks including stroke, paralysis and death.